Big game companies hire psychologists. This is a well established fact, but it does garner the question as to why? 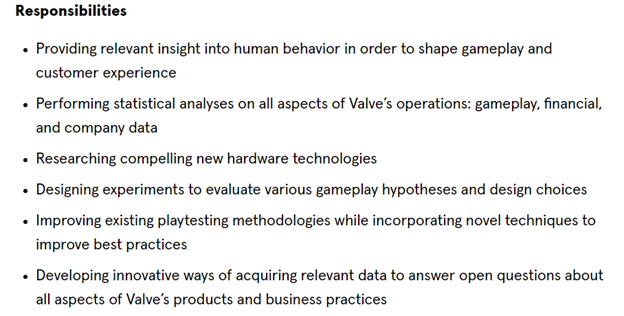 This is from a job posting by Valve looking for a “Psychologist, Research/Experimental” and it’s that first responsibility that deserves attention here.

While Valve is a less strong example, the role of a psychologist in game design can be to make gameplay as addictive as possible or to make it 100 times easier for a player to spend money in a game. That insight into user behaviour is often weaponised for increasing revenue from games, and you’d be surprised how many studios actually use these tricks.

In fact, the same tricks appear so often that we wanted to compile this field guide of just a few so that you know how to spot them too.

Remember, it’s expected that in-app purchases alone will rake in an incredible $159.3 billion in 2020, and free-to-play games often have much higher player counts than average. In fact, the most played games of all time are dominated by free-to-play. Studios are therefore highly invested in trying to trick convince you to spend money.

Let’s dive into those tactics.

1 – Foot in the door, hand in the wallet

Psychologically, most people are not thrilled with spending money on anything, Just think back to when you made your first purchase on Amazon, or Steam. It probably took a lot of thought before you took the plunge, but once you were in that second purchase was a lot easier.

This is known as the Foot in the Door effect within compliance psychology, and is the act of getting someone to do something bigger by having them do something small initially. Once you’re in, purchasing becomes easier – but Steam is just a marketplace, and it’s free-to-play games that use this technique for bad.

If you’ve played a free-to-play game recently, I’m sure you’ve seen starter packs in the in-game store. Usually this is a bundle of in-game items that offers awesome value compared to buying the individual parts, so it’s really hard to resist once you’re invested in the game. Once you purchase this first pack, spending more money becomes easier and easier because you’ve broken past that mental barrier. 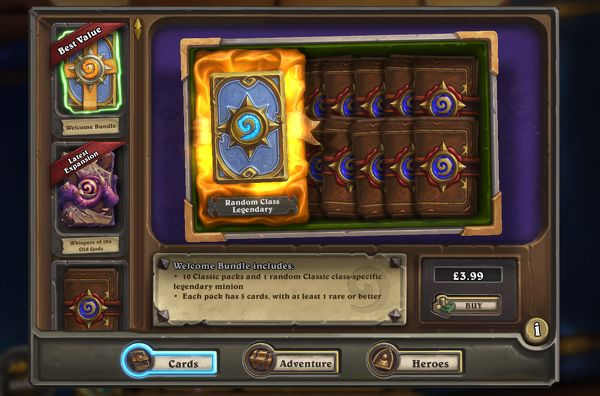 Fortnite actually takes it even further by making their starter pack both a great deal AND a limited time thing. Suddenly not only is the discount appealing, but if you don’t get it now you might never get it. You don’t want to miss out, right…?

This is such a powerful effect that, in the mobile game BattleHands, over 50% of new players were converted to spending players by purchasing their intro pack. 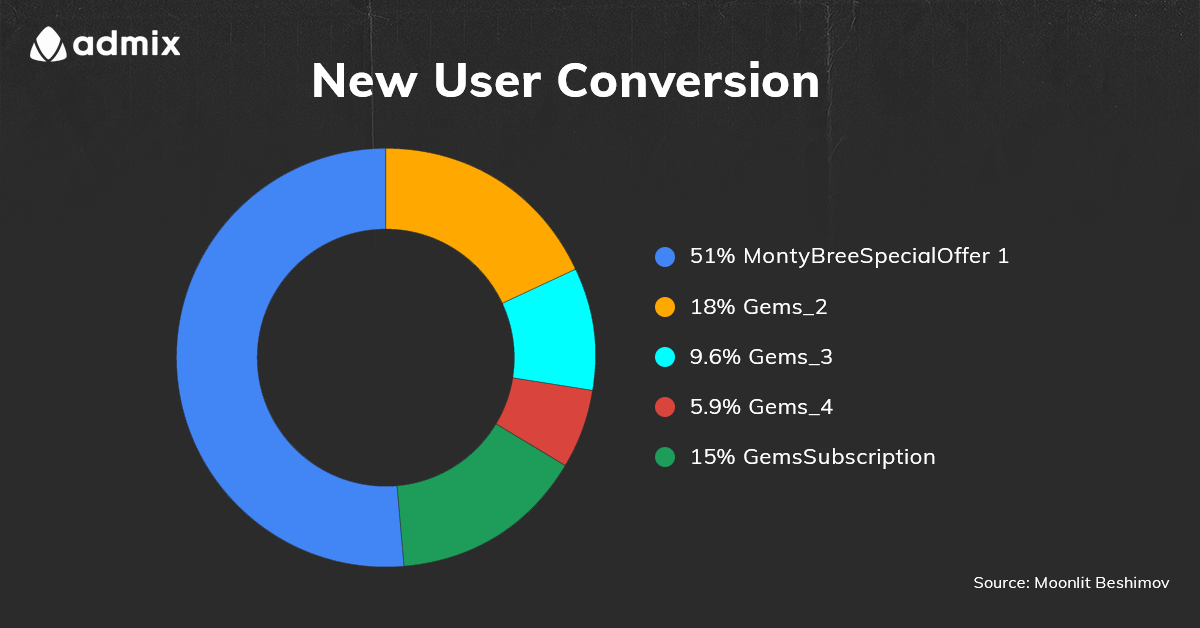 Finally, it’s absolutely brilliant that Wizards of the Coast have designed their starter pack so well that the number one tip in this popular guide for optimising currency in Magic The Gathering: Arena is to buy the starter pack. There might as well not be a mental barrier to purchasing at all with that kind of publicity!

The in-game purchases you make are affected by the surrounding purchase items on the screen. If you’re offered the choice of buying a large coffee for £5 or a small coffee for £2, you’ll buy what you want. If we added a medium coffee in for £4.50, you’ll probably ignore the small and, in all likelihood, go for the large because it feels like a good deal. That medium size was a decoy, and it works darn well.

A famous example is in The Economist’s subscription model. It used to be the case that they offered a print subscription, a digital subscription, and a combined subscription. The print and digital only were decoys to make the combined option seem like an amazing deal. Currently, they’re only offering two options and the digital only is STILL a decoy because the prices are so comparable that why wouldn’t you get that extra content for your buck?

This technique is everywhere in videogames. First of all, regardless of how many overall items are in their store, they’ll show you between 2 and 5 to avoid choice paralysis in players. Essentially, if there are too many things to choose from you’ll pick none of them.

Let’s look at Candy Crush as an example: 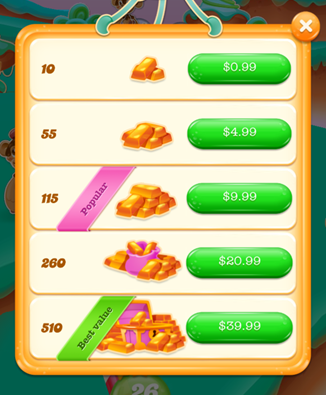 Just five items so you’re not overwhelmed and a heavy decoy effect. Buying the cheapest option puts you at a disadvantage because the next price up is better value (more gold bars per penny spent), and then the price up after that is better value still. The real kicker is how much better value the 4th and 5th options are, so this is a case where the two cheapest options are decoys for the big money. The most expensive option is ALSO a decoy though because it’s too expensive for 99% of players so option 4 seems to be the greatest value for the average person.

This is a model trying to get damn high lifetime value from each player.

This is the practice of using a fake fictional currency which you often purchase with real money or earn in-game. This fake currency is then used to buy in-game content like cosmetics, power-ups, or even card packs if we’re talking about something like Magic The Gathering: Arena.

Using this virtual currency has a few major effects:

In the short term, you can boost revenue by making the increments players can buy your currency in bigger than most things they’ll want to buy. For example, sell a pack of 500 gems as the minimum but make the popular items cost 300 or 700 gems. While this is common practice, designers must be cautious or players will feel exploited and you’ll get a lot of bad press. This was the case with MS Points on the Xbox 360 and the backlash ultimately got them removed. 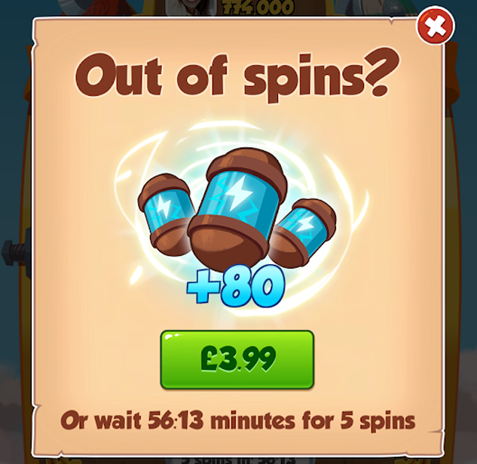 Second, it makes players feel like they haven’t spent money at all. If you see fake currency going down every time you pull the slots in Coin Master, you don’t feel the pain of losing real money because there’s an extra step involved. This is key to retention because players will drop the game once they start feeling bad about their spending habits. It’s also one reason why people spend so much money when on holiday in a foreign country.

Finally, brains are dumb. It’s also true that, when we’re travelling abroad, if buying something in the foreign currency is less than what it would be in ours we tend to spend more because our brains are anchored (see above) to the currency we’re used to. But games get around this with clever economics.

Most games give you a significantly higher amount of gems compared to money spent – You can currently buy 750 gems in Magic The Gathering: Arena for $4.99. You might assume that this would be a barrier with the above study, but in games it actually works the opposite way. This feels like a great deal because it’s an exchange, not a conversion; you’re buying this money to buy things, rather than converting your money on the fly. And, if you are tempted to think of this as spending your own money, the conversion is so unnatural to do quickly that the cost in real money for any individual item is essentially hidden which once again distances you from the real cost of things.

The real world equivalent of this is casino chips. You could easily put down notes or real coins to bet on a blackjack table, but casinos want you to forget that you’re even spending money at all.

Plus, finally, using a fake currency means you can run discounts on that currency to yet again push that people are getting a great deal even if they’re not. And people really, really love deals.

People hate losing something more than they like gaining it. In other words, psychologically, it feels worse to lose $5 than it feels good to gain $5. Studies like the prospect theory suggest that the pain of loss is twice as significant as the joy of gain, and mobile games use this fact all the time.

It can show itself in lots of forms, but the most common one is urging people to pay to avoid losing progress. A great example of this is the much hated crop withering mechanic in Farmville. Simply enough, if you don’t log in within a certain window the crops that you spent time preparing and planting will wither and die. You can, of course, spend money on things that shield you from this and extend the window, and many farming games in this vein have similar in-app purchases. Zynga’s FrontierVille is another example.

We also see loss aversion rear its head in match three games. If you’re about to lose all of your progress in a level, the game often detects this as a pain point and offers a cheap boost in moves to save you. Not only is this an impulse purchase (a topic for the next edition of this article), but it’s sometimes paired with emotional text to really push you over the edge. Panda Pop is one of the most emotionally aggressive examples of this we’ve seen! 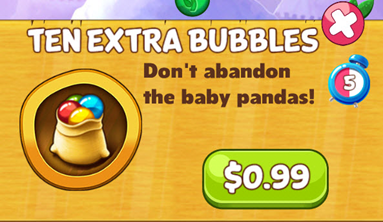 It’s also worth noting that loss aversion is so powerful that dating apps use it too. You can buy a premium membership to Tinder (as one of many examples) which allows you to undo an accidental swipe. The fear of losing out on matching is a great motivator, and this screenshot highlights a couple more monetisation tricks. Can you spot them all? 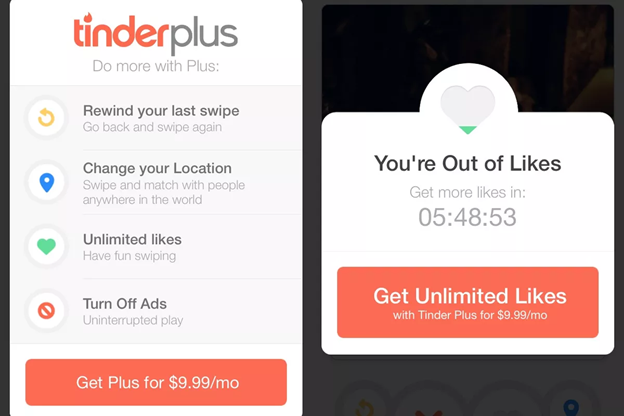 This one hooks into the very dominant social parts of our brain. In short, if someone gives you something then you feel like you have to give something back. In the mobile game world that means buying in-app content.

A nice common way we see this is in daily rewards, which are actually a brilliant display of psychological trickery. Let’s run through the daily rewards nefarious brilliance by looking at PopCap’’s Plants vs Zombies:

Years upon years of studying human behaviour places psychologists in the perfect position to manipulate behaviour if they want to. Plenty of games don’t use these practices, but these tricks are so effective that businesses find it hard to say “no”.

But the craziest part? These are so common now that they’re becoming standard design instead of needing the resources to hire a psychologist. There’s every chance that tricks like these will only get more common because every mobile game developer is picking up these designs simply by playing games.

It’s important to remember that these tricks only work if the game they’re implemented in is good though. This list is built to guide devs who want to use these mechanics not to abuse them, and it’s worth saying that these techniques only work well if the game they’re used in is actually good. Always always always focus on building a great product and great retention first.

We’ll see you in the next edition of this article for even more psychology tricks!