Understanding what motivates gamers to play

What does it mean for a game to be ‘fun to play’? How do developers engineer that fun and motivate their users to stay engaged with a game for hours, days, and even months?

Over the years, studios like EA, Zynga, King, and Supercell have proven that this is a multi-billion dollar question – literally. Designing for motivation is just such a crucial thing for any developer to know how to do because – at the end of the day – a game that doesn’t know how to motivate its players simply won’t have any players.

Successful strategy games have very little in common with successful hypercasual games, except for the most crucial thing there is: they both motivate us to play them. All successful games do, and it’s what keeps us coming back over and over again, regardless of the game genre.

The free-to-play space is an especially good example because it explicitly borrows so much from psychology. We’ve spoken about how it can trick us into spending money before, but motivation is another beast entirely. You can be psychologically addicted to pulling a slot machine arm but be bored while you do, whereas games are just… fun.

Today we’re going to talk about how all games motivate players to play, why that’s important (beyond the obvious reasons), and how you might be able to do it too.

But first, what exactly makes a game engaging?

There’s no perfect way to understand why a person does what they do because – most of the time – we don’t consciously know why we’re doing it. With that in mind, psychology has developed some very useful models that explain a lot of behaviours.

The most important model for us is Self-Determination Theory (SDT), and it covers 3 human needs that are hardwired into our brains, and – if met – will lead to powerful motivation and personal development.

1 – Competence. This is the need to feel good at something. To become a master. To feel successful, and like you’re progressing and developing. This is a huge motivating force in fighting games, rhythm games, and many hypercasual titles.

2 – Autonomy. The need to feel like you’re in control of your actions and that your choices matter. In games, free-roaming titles like Skyrim motivate you through this, as well as customisation in games like Animal Crossing or Matchington Mansion.

3 – Relatedness. The need to be cared for and to care for others. To feel like you belong somewhere and that you matter socially. Dating sims tap into this well, as do any game with a heavy social or tribe element like VR Chat, or Game of War: Fire Age.

This theory then further breaks things down into intrinsic and extrinsic motivation:

Extrinsic motivation – Motivations that are triggered by the anticipation of a reward, like being paid to do your job, or only going to one coffee shop because your loyalty card will get you a free coffee one day. In games, an extrinsic motivation is something like an achievement, a quest reward for completing an action, or even daily rewards in many free-to-play titles.

Intrinsic motivation – Motivations that come from inside yourself and reflect your wants and desires. These are things that you do because they make you feel good without the need for an external reward. Socialising and watching TV are great examples. In games, intrinsic motivations might be curiosity leading you to explore a world map, or joining a clan in an MMO because you find quests more fun with other people.

To complicate things even further, people have their own motivations for tasks. While offering rewards is a good extrinsic motivator, there are still people who will do the task just for the fun of the task. They’d do it without the reward.

Think of a multiplayer game like Rocket League: two people in the exact same team could be entirely different. One might be playing because they love the game (intrinsic), while the other might be playing just to have the highest rank among their friends (extrinsic).

But don’t worry, designing your games to motivate players isn’t as scary as it might seem.

Designing for your audience’s motivations

SDT has actually been translated into games directly via the Player Experience of Needs Satisfaction (PENS) model. The team behind the model proposes that most measurements of player behaviour done in the past only measured what players did, not why. They wanted to officially study the underlying causes of an action, which they refer to as our “motivational lightbox”. 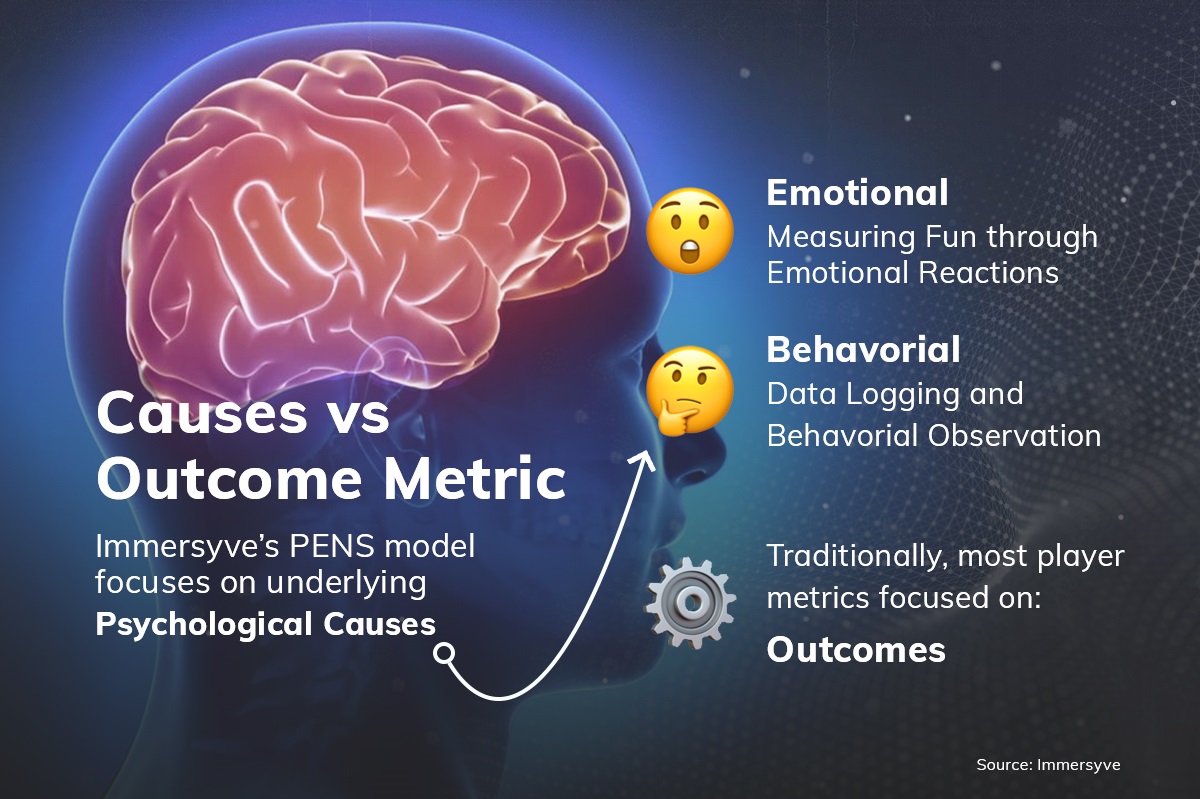 In short, they not only wanted to know why players kept coming back to the same games over and over again, but why someone would identify themselves as anv X player (e.g. “I am a League of Legends player.”). When a game becomes part of your self association it’s very clear that you are uniquely motivated to play it.

The challenge here is to create a game that is easy to learn but hard to master if you’re trying to reach a wide audience – which we would recommend. Fighting games let you fight easy mode bots, and Guitar Hero has an easy difficulty too because in order to want to become a master you have to be playing in the first place. User acquisition is, as always, key.

A psychologist named Mihály Csíkszentmihályi named the moment that you feel so immersed in an action that you’re not even thinking about it ‘Flow’. He stated that the flow state is one in which your ability perfectly matches the difficulty of the task, so having variable difficulty is hugely important if you have a skill based game.

But keep your difficulty curve in mind. You want a player obsessed with competence to feel like they’re always improving (tell them that with flashy graphics), but you also want them to see a slightly harder challenge on the horizon. Make them feel great at one task, then give them something else to refine their skills even more.

David Strachan has a great article on difficulty curves where he proposes the below “difficulty saw” to achieve this.

If you have a skill based game, definitely use rewards (extrinsic motivator) to remind players that they’re great but don’t tease them with the promise of rewards. Telling them that beating the boss will give them a new hat will undermine why they’re playing the game in the first place: to feel skilled (intrinsic motivator). Skill in return for payment is work.

Extrinsically, this can work in situations where an unlockable is hidden behind either a particularly hard boss or a mini-game (think lightning dodging in Final Fantasy X). In this case the reward can motivate players to try this new action, but don’t make the challenge so hard it’s a grind and make sure the reward feels rewarding. It’ll always be a compromise between boredom (the task is too easy) and the player giving up (the task is too hard). 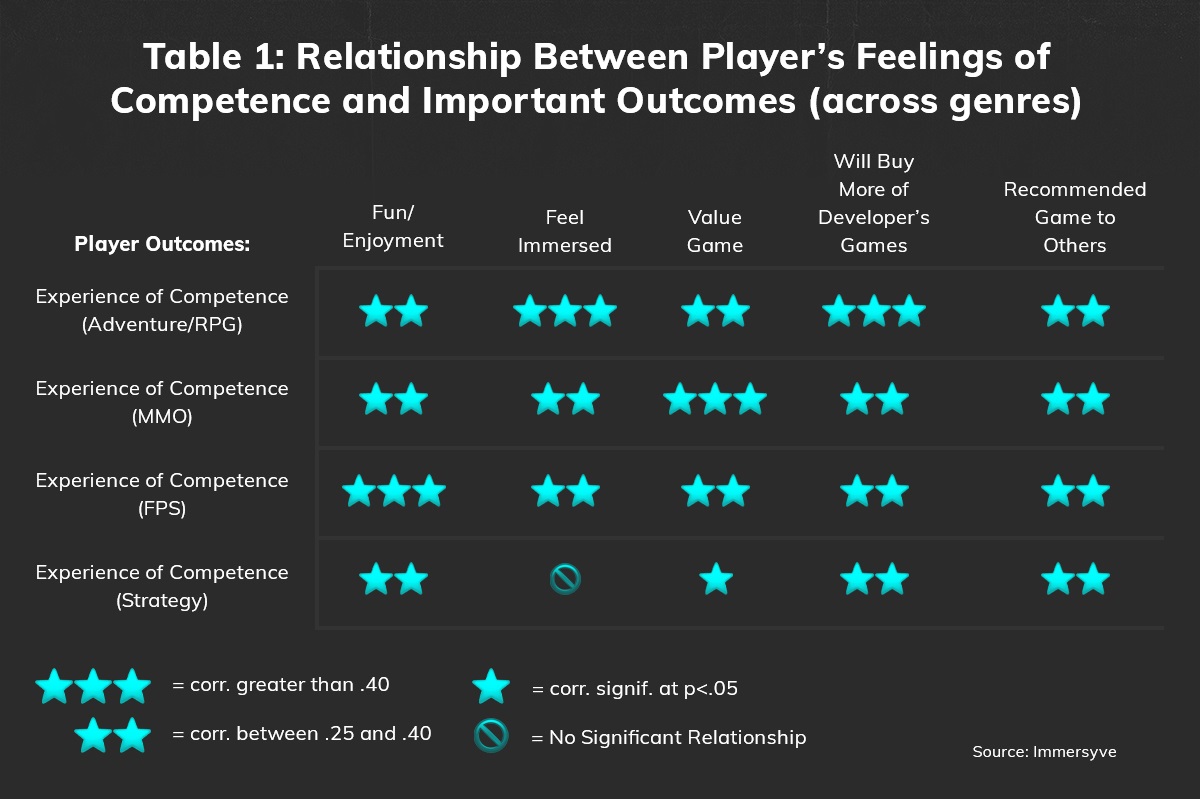 This is all about choice, and letting players feel like their actions matter and that they can explore and create. The easy way to do that is to give them huge open worlds like Skyrim’s, but budget’s for that are hard to come by.

The illusion of choice is one way to create it: giving a player two options that both lead to the same option will cost you no more to design but will give the feeling of autonomy. Players hate noticing that this happens because it ruins the sense of autonomy, but it is highly effective if subtle.

Player customisation is probably the easiest way though. Giving your audience the ability to create ability or item loadouts, or simply choose or create skins for their characters will give a huge sense of autonomy AND personal investment in the game.

In fact, according to PENS, autonomy is the most important factor for having players that keep coming back month after month. Even in shooting games where players are usually motivated by competence) the ones that stand out in success are ones with player customisation.

This is one of the easier ones to blend both intrinsic and extrinsic motivation design too. Players will customise their characters by their own choice, and can earn clothes, hats, or abilities throughout the game to supplement that. 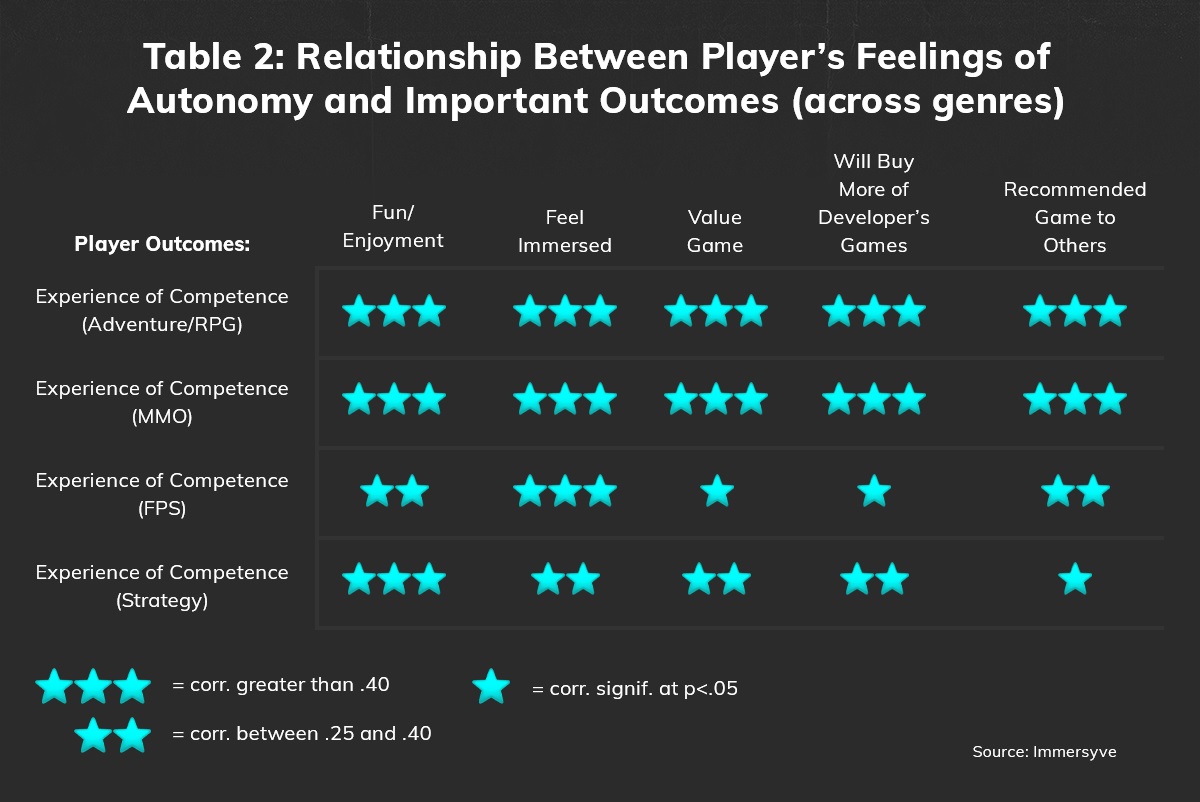 The examples we gave above were very social focused. Game of War: Fire Age’s success is definitely driven by the social element of the game, and including these social elements is a good way to tick the relatedness box. Player-to-player interaction in a positive way (trading, chatting, etc.) is most important…

However, relatedness doesn’t really need other humans. An NPC who is written well can create a sense of social bonding and relatedness that motivates you to keep playing. If you didn’t care about the villagers in Stardew Valley, you wouldn’t be motivated to work on finding them gifts or even eventually marrying them. Investing in your writing department could be a great idea.

Even having a message board system where some players can leave notes and others find them like Dark Souls gives you a sense of community that motivates you to keep going, and to leave notes for others.

Try not to make relatedness an extrinsic motivation in itself. Talking to others or speaking to an NPC you like shouldn’t be a reward and cheapens the social motivation. Instead extrinsic rewards can help strengthen a bond to a character. A little character acting as the merchant of an in-game shop could be a great way to add relatedness to a game, with the social bond between a player and a character strengthening through the act of buying things. 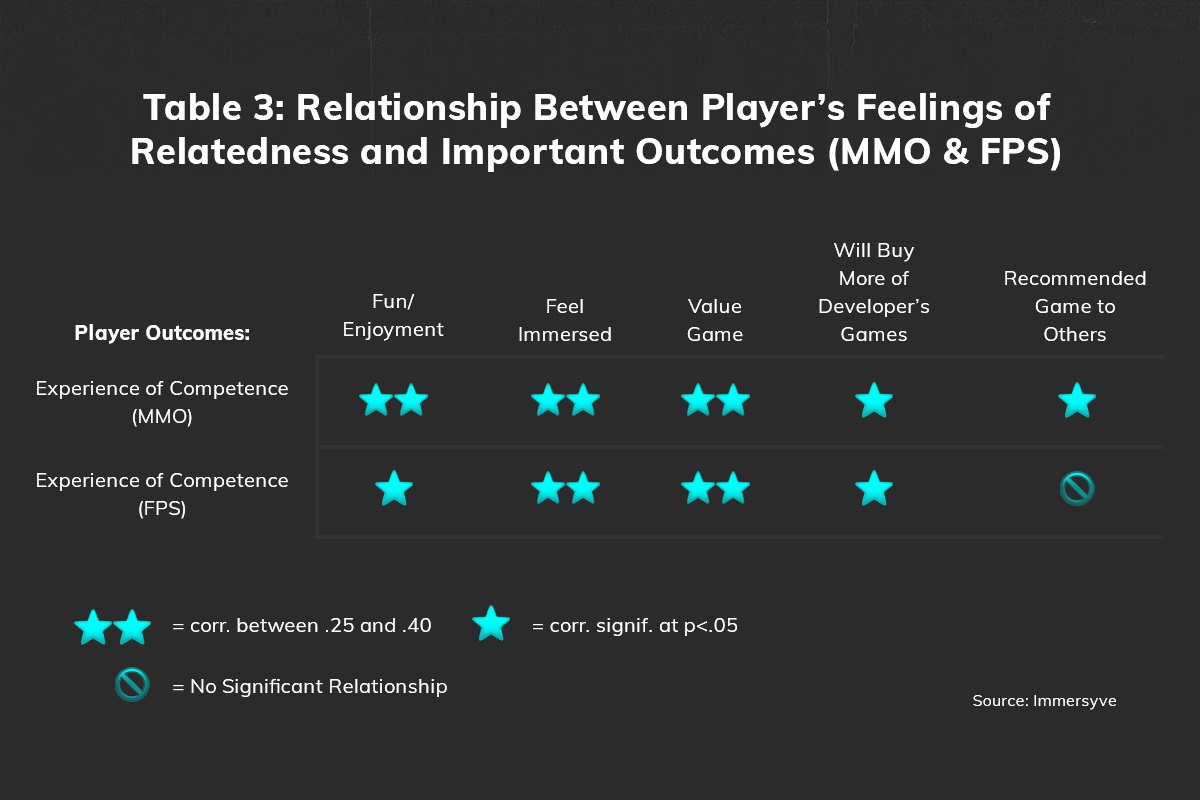 Most importantly though, listen to your players and tweak after release. We say this about ads all the time, but gameplay is exactly the same: if players are surprisingly engaging with one character, write more of that character. Double down on their motivations, and your game will become more engaging over time.

Games Plus – The future is interactive entertainment