The first banner ad, and what it teaches about game advertising

The first banner ad was for AT&T, placed on Wired magazine’s first website in 1994. Well, there were a few other banner ads placed at the same-ish time but this is the one that is framed by history as the first.

You can see it here in all it’s retro glory.

No brand logo, a colour scheme that would make a chameleon blush, and a confident message that burst out of the screen and injected itself straight into the curiosity centre of your brain.

It was a different era, and one where people simply didn’t dislike banner ads yet. And why would they? They were branded experiences, but there weren’t that many and they added content and fun to the internet at a time when it had very little. Ads didn’t overwhelm you.

But, more importantly, those first banner ads didn’t touch how you used the site. They weren’t intrusive in the slightest compared to the pop-ups and full-screen takeovers we see everywhere now. In fact, studies show that one of the top reasons for getting an ad blocker is intrusiveness over anything else.

And if you’re using ad blockers, you’re not alone. Even one of the creators of that first banner ad now openly admits to using “several ad blockers” to browse the web.. 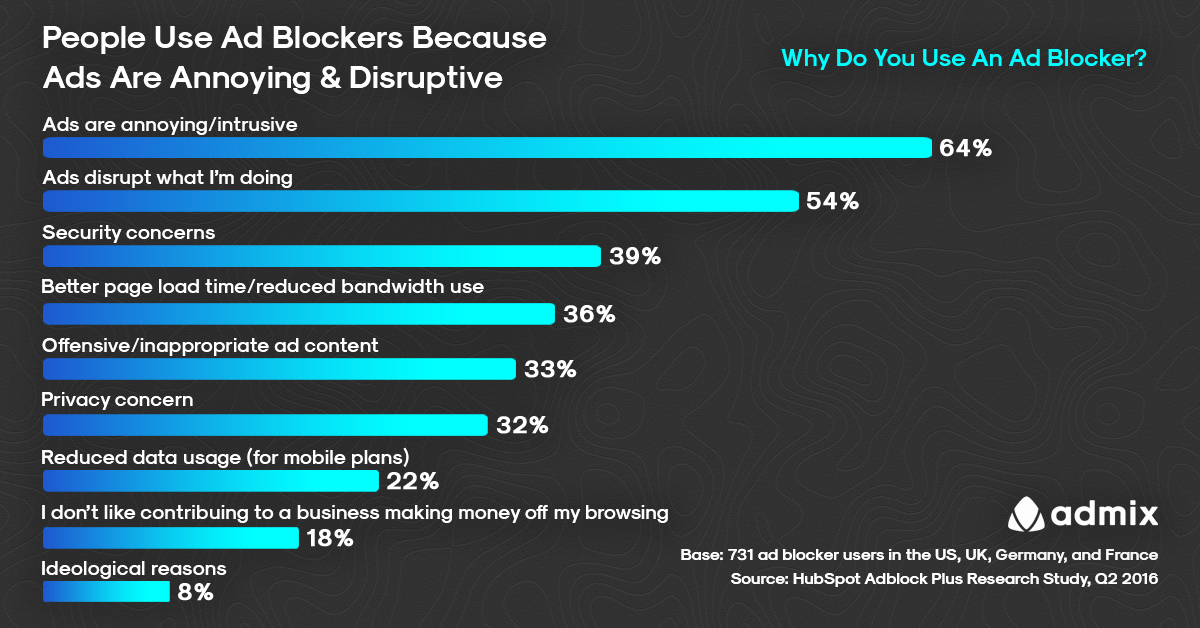 If you need further proof of how times have changed, an average 44% of people clicked on that AT&T ad up there. Today? Most digital ads get 0.05% of people clicking on a good day…

But this isn’t a history lesson on advertising.

The mobile game market and advertising is now forever linked. Just 4% of apps on the Play Store are even paid anymore, the rest being supported through advertising and microtransactions.

Full screen video ads, banners that are forever on your screen, and pop-ups that, well, pop up at you are now incredibly common. The boom of game advertising has come before a mass prioritisation of player experience.

The good news is that we’ve learned from what happened to banner ads and we’re passing that phase pretty darn quickly.

Mobile game advertising is becoming less and less intrusive, especially with formats like rewarded ads that players often choose to see in exchange for content. In fact, a Unity survey showed that almost 80% of players said that they’re open to engaging with ads in exchange for gameplay. 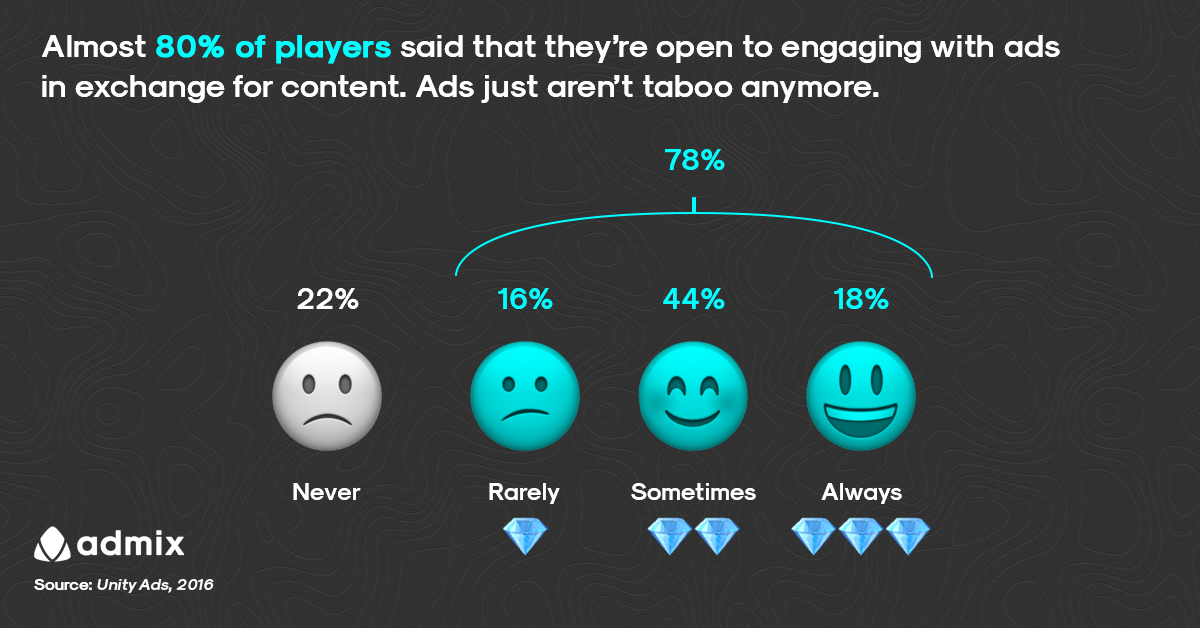 Make it fun for players to see ads.

Rewarded video is one way of doing that, and integrating ads into gameplay is another great one.

Pretty much any article on our blog mentions these, so you might think we’re obsessed. And we are.

By making ads part of gameplay and so completely non-intrusive, the experience of those ads is the same as experiencing the gameplay. In other words, the fun isn’t interrupted.

More importantly, in-play ads give control to the developer in terms of how much players see them. Devs obviously want to put fun first so this model is a lot more robust than what happened with banner ads.

That first ad and what happened to the internet in the years after is being learned from by developers nationwide. The reality is that advertising is necessary for a world where free content is preferred. Luckily, devs have the power to implement ads non-intrusively to protect the experiences they work so hard to create.