The Culling 2020 released recently and the world is not as happy about it as you might hope.

Sure, The Culling had a rocky time back when it first released in 2017. It drew in fans immediately and then – through a combo of PUBG releasing and fans upset by game patches – development ended.

It rose again in the form of The Culling 2 not long after, and then – through a combo of Fortnite’s fifth season and fans angry at the devs making a sequel so soon after the first game’s release – development ended.

Now, The Culling is reborn again! But headlines praising it are hard to find. Instead, all anyone can talk about is the game’s monetisation strategy.

In a shock move, they have actually reverted back to an old fashioned arcade machine-esque model. Players put out a fairly humble price of £5.99 up front but – and here’s the kicker – they only get to play one game. If they win (odds are they won’t) they get to play another, but if they lose real money is required to try again.

It’s a unique system, but you can tell how people feel from a quick scan of all the recent google headlines. “Insane.” “Greedy.” “Archaic.” “Cannot be allowed to spread.” 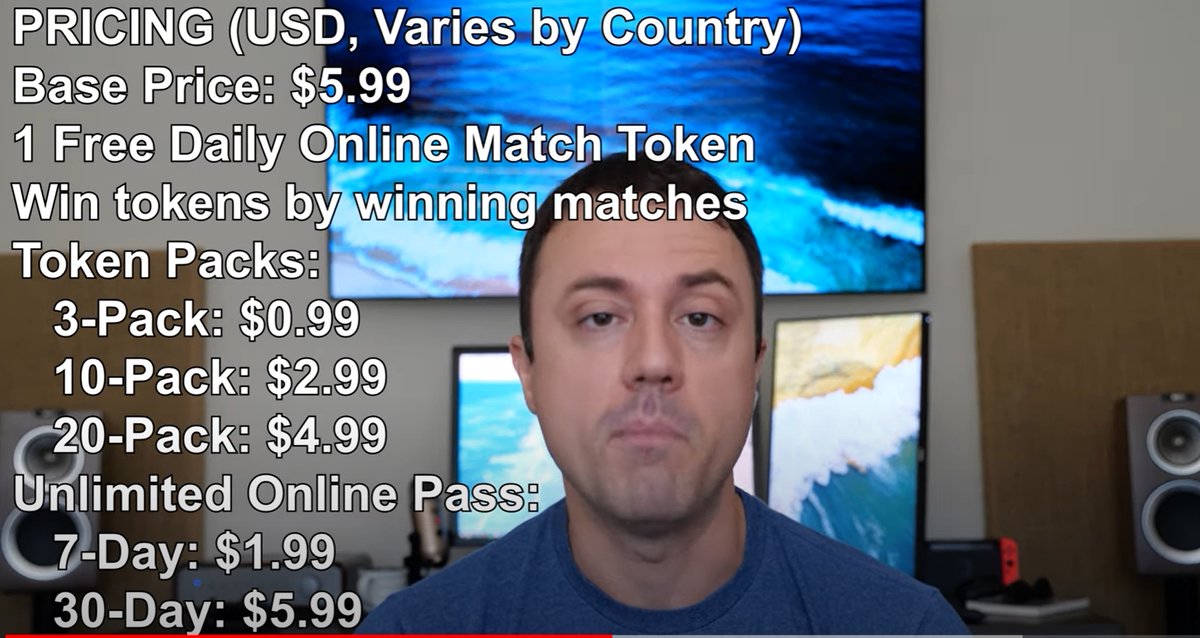 On the subject of predatory monetisation

That term – ‘predatory monetisation’ – crops up now and then in gaming journalism. It’s both relevant and not relevant to this situation, so it’s worth covering.

A quick definition: ‘Predatory monetisation schemes (e.g. ‘loot boxes’) in videogames are purchasing systems that… withhold the long-term cost of the activity until players are already financially and psychologically committed.’ (King, 2018)

In other words, The Culling: Origins does not cost £5.99.

However, the reason the term ‘predatory monetisation’ is actually used today is pretty much because of the pay-to-win format and (some) loot boxes. Both of which require players to buy things to succeed or have fun, but these games don’t have to advertise that because technically they are free to start.

Now The Culling: Origins does and doesn’t fit this definition for two reasons:

In our opinion, this isn’t a predatory monetisation strategy because no hidden costs are jumping out at you.

It is, however, a badly designed one. 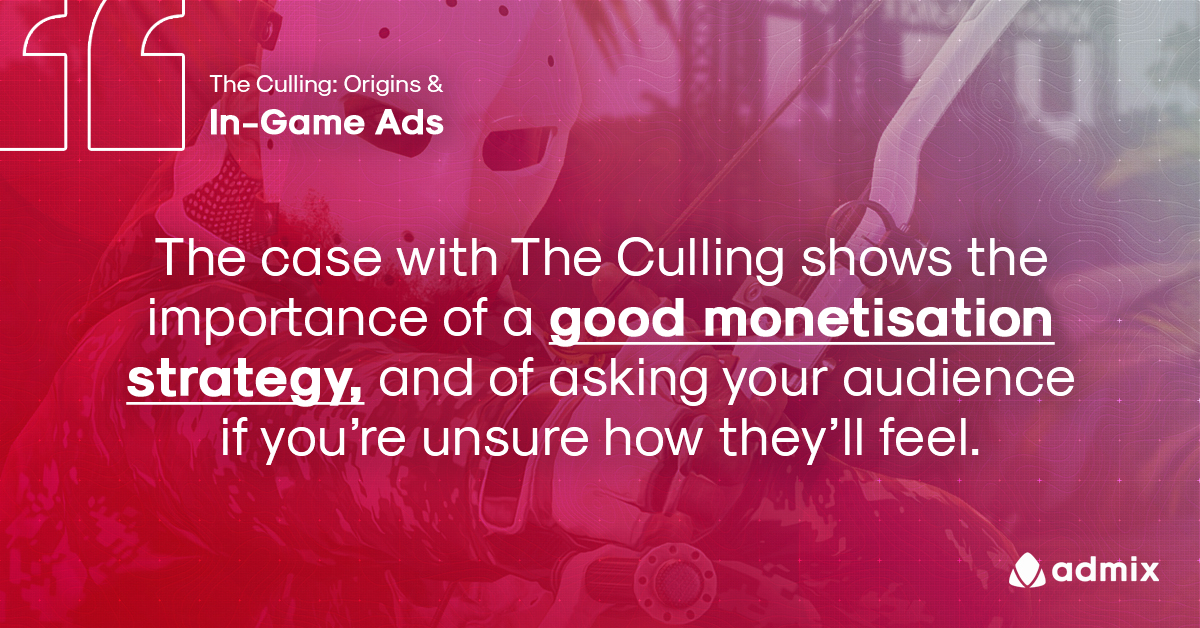 What should they have done?

A good monetisation strategy is important, but you don’t have to reinvent the wheel. There are a lot of great models out there and, honestly, pretty much any of them would have led to better press.

Here are a few examples:

This would usually not be at the top of a list, but we think this is where The Culling: Origins strategy started with all the best intentions.

A regular (monthly, annually, or based on a battle royale’s season) payment can be effective. Players know what they’re expecting and have total freedom within the limits of their subscription. Getting them to pay that subscription is a hurdle, but wouldn’t have stolen headlines.

Essentially, this is what The Culling’s week passes and monthly passes are, but what should have been the core of the monetisation model became a footnote. That initial payment of £5.99 could have covered a three month pass to get players invested, but sadly they went down a different route.

Just one payment, one time. There could be extra skins or drops as in-app purchases, but moving from free-to-play to pay once with extras still wouldn’t have dominated the game’s media coverage.

There would still need to be some caution in how it’s implemented if you went down that dual route though. EA is known for using this strategy and even they’re still figuring out how to do it without ruining player experience.

Okay, yes, we do kind of have to mention it.

Monetising the game through adverts displayed inside the game world could be a fantastic route for a battle royale at The Culling’s size. Advertisements displayed on the island would be seen by a huge amount of players potentially several times a round, which would support their work really well.

The ads wouldn’t intrude on gameplay at all and, if anything, might generate some positive media coverage given how new the medium is.

As we covered with Animal Crossing: New Horizons, brand presences in games aren’t as taboo as they once were after all. 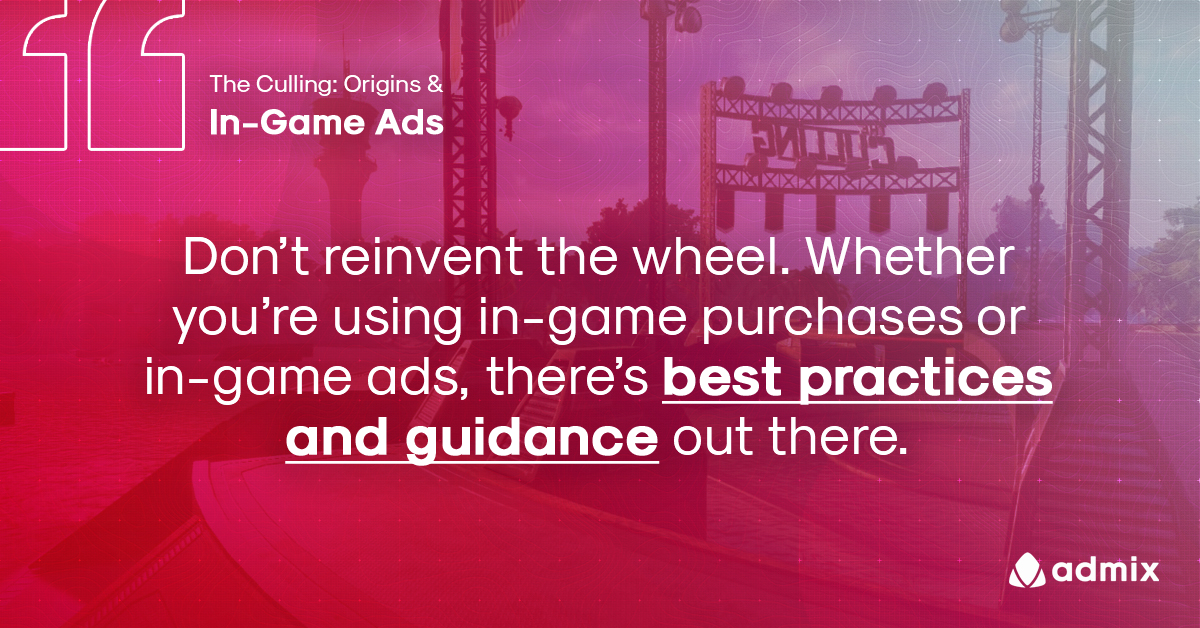 What can we learn from this?

At the end of the day, this is a sad situation. A lot of time and talent should be getting spotlighted but it’s the thing that financially supports them overshadowing their work. Ironically too, this is likely to financially hurt them in the long run which is truly unfortunate.

The main lesson here is that your monetisation strategy is genuinely important. Not just to support you, your team, or your company, but in how your game feels to players.

If you are trying a new strategy and there aren’t really models or examples of it out there just yet, do a monetisation beta. Implement it in simple terms and get players to test it. Even just asking their opinion at a very early stage would have stopped this happening. Following this blog will also give access to a lot of monetisation tips and coverage like this from the team at Admix.

And, if you’re still unsure, get in touch and our experts will be happy to give some advice.

Edit: it’s worth noting that the developers have since commented on this monetisation strategy and upped it to ten free games a day before needing to pay again. We stand by our stance that the damage has already been done unfortunately, and that this more generous limit still sets a bad precedent. A player dedicated enough to play more than ten games a day is exactly the player you don’t want to lose by charging them.

Now’s the time to make games, but maybe it isn’t